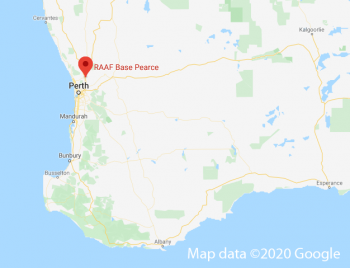 The Royal Australian Air Force Base is located in Perth, Western Australia, and is one of the largest LOYTEC sites in Australia. The LOYTEC Competence Partner Building Control Systems introduced the LOYTEC system to the Australian Defence Force, when an upgrade and a standardisation to more common technologies and communication platforms were required.

The original BMS was a mix of solutions from different vendors. Each BMS had its own headend or none at all and did not offer any form of integration among the systems. There was also a separate SCADA system, which monitors and controls the power systems on the base. The network between buildings was upgraded to a closed fibre network, so Internet connection is not allowed due to security concerns. The fibre infrastructure has allowed for extremely fast and reliable networking between buildings.

LOYTEC was chosen as the primary BMS for the future, and also in existing buildings when upgrades are required. LOYTEC has been selected due to the technician friendly devices that allow monitoring and operating the system through the integrated LCD displays without the need for notebooks or any computer experience. The flexibility of the system in terms of integration into the management system and the possibility of integrating different protocols was also a key advantage in getting LOYTEC approved.

BACnet has been adopted as the BMS protocol of choice. The L-INX automation servers use the IEC61131 standard as their programming language, with which most of the system integrators are familiar.

The following facilities of the Royal Austrian Air Force Base are already equipped with the LOYTEC BMS:

The air traffic control tower monitors and controls all aircraft activities in the area. Because of the criticality of the HVAC plant, there are two complete systems in a redundancy arrangement. This also includes two completely separate control systems on different power supplies.

Since the LOYTEC BMS has been installed, there have been no equipment failures or downtime of air traffic operation. This success is the result of the highly reliable control and monitoring process of the installed LOYTEC automation and management solutions.

This facility provides the capability for spray painting providing the protective coatings for the fighter aircrafts. This building is a new addition to the BMS network. The LOYTEC devices control the ventilation of the facility, and also a component parts cleaning booth where it is necessary to control the room pressure.

This building controls all fuel supplies for aircraft. A laboratory tests fuel samples to ensure that fuel performance is maintained. This laboratory must maintain adequate room pressure control to provide a stable environment for the technicians. The LOYTEC BMS monitors and maintains climate control for the laboratory. It also controls ventilation and air conditioning for the remainder of the building and monitors all water and power metering.

This building is an annexe of the headquarters of 79 Squadron. This annex houses the flight simulator training centre for pilots. The flight simulator is a state of the art training facility for the training of pilots on the latest generation of fighter aircraft in the Royal Australian Airforce.

This building is the first in Australia, where LOYTEC LIOB-AIR devices are used. PAC units and VAV boxes are responsible for air conditioning. The LOYTEC system also controls the ventilation system, monitors refrigerant detection of the plantrooms, and also controls the pilot cockpit environment.