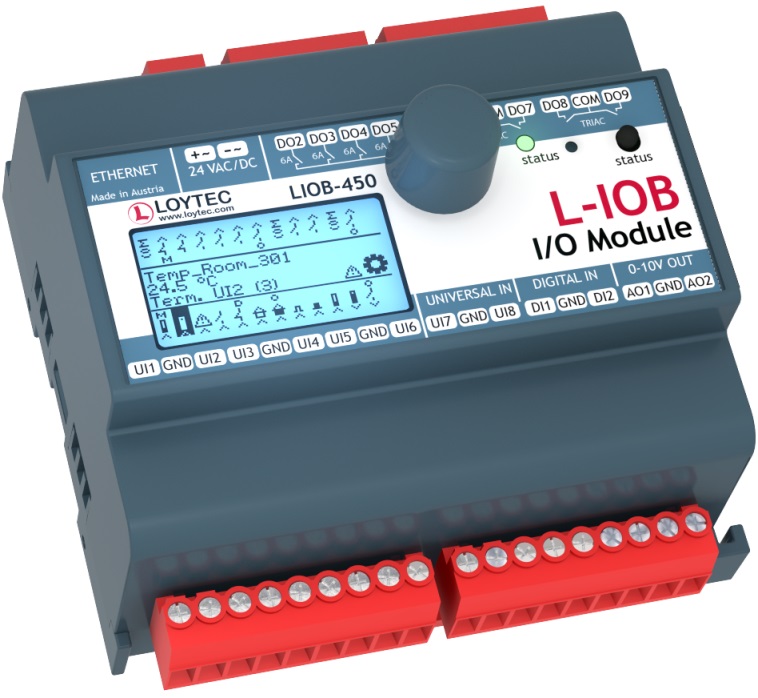 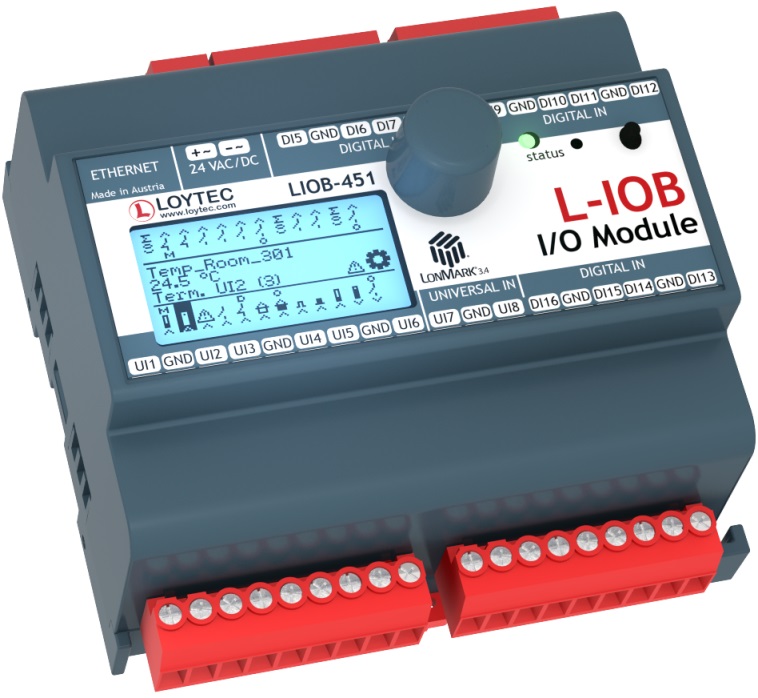 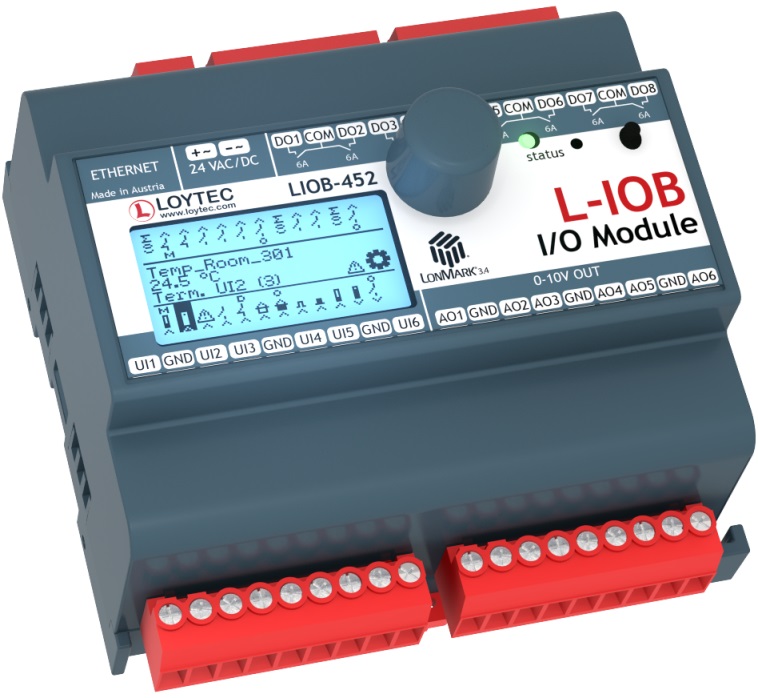 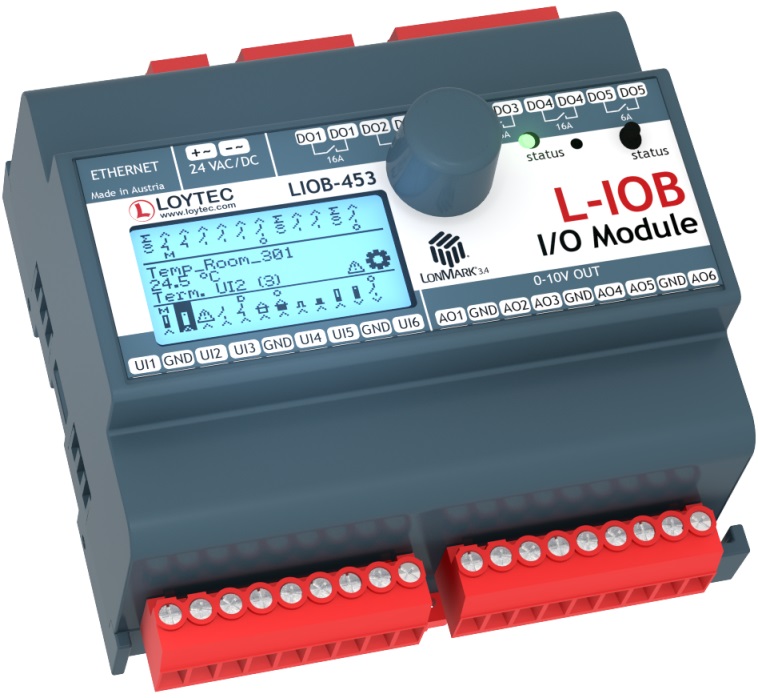 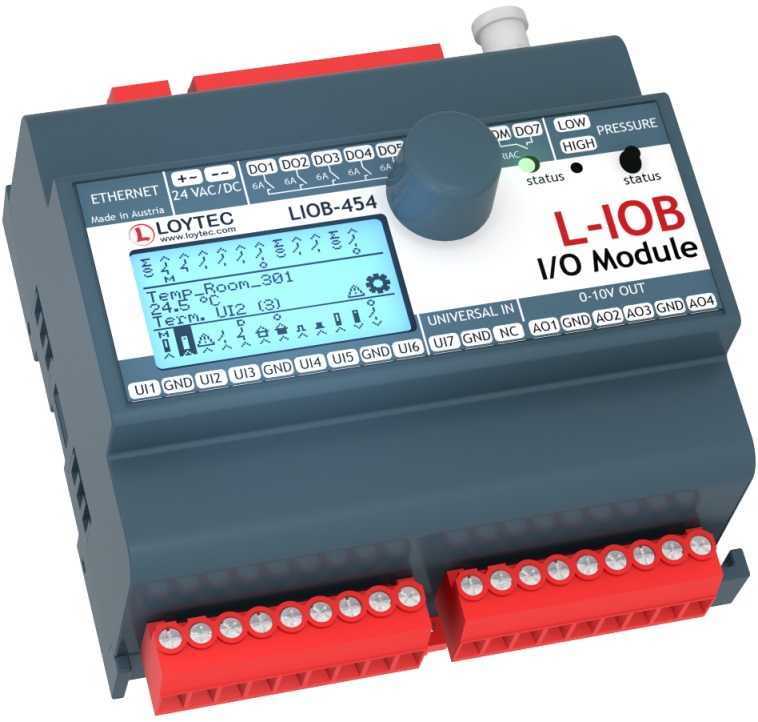 The LIOB-45x Modules are LonMark certified and communicate over Ethernet/IP-852 in the LonMark System. They provide up to 512 address table entries (ECS mode) which eliminates all binding restrictions.

The LIOB-45x I/O Modules are equipped with two Ethernet ports including a built-in Ethernet switch. This allows for building a daisy chained line topology of up to 20 devices, which reduces costs for network installation. Dual Ethernet port devices also allow the setup of a redundant Ethernet installation (ring topology), which increases reliability. The redundant Ethernet topology is enabled by the Rapid Spanning Tree Protocol (RSTP), which is supported by most managed switches.

The LIOB-45x Modules are equipped with a Web interface to query the device status. The local display can be accessed via VNC.

All L-IOB I/O Modules are equipped with an LCD display (128x64) with backlight and jog dial for manual local operation. Device and data point information is displayed in text form and via graphical symbols.

External temperature sensor (NTC10K) for use with L-IOB Universal Inputs