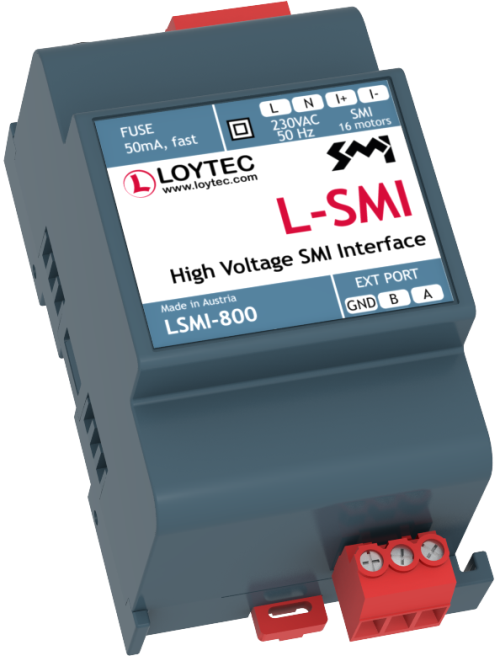 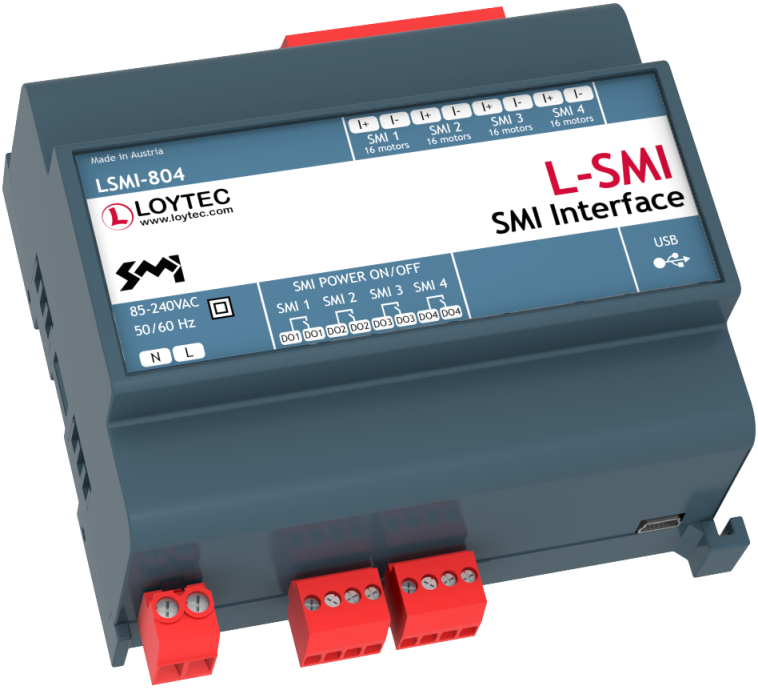 SMI is the acronym for Standard Motor Interface. SMI is a bus protocol used to control SMI sunblind motors for shading. Up to 16 motors can be connected to the bus. The L-SMI interface connects an SMI bus to a L‑INX, L‑ROC, or L‑DALI controller. Two SMI interface models are available.

The LSMI-804 connects up to four SMI channels with up to 64 SMI motors to the USB port of the L‑INX, L‑ROC, or L‑DALI controller. A galvanically isolated bus power for the SMI bus is provided by the LSMI-804 interface. Hence SMI high voltage or SMI low voltage motors may be connected to the LSMI-804 interfaces but high voltage and low voltage motors must not be mixed on one LSMI-804 interface. In addition to the four SMI bus channels, the LSMI-804 offers four relays controlled by the L‑INX, L‑ROC, or L‑DALI controller. Each relay can be used to cut power for the SMI motors on one channel if the motors are standing still. Cutting power when the motors are not moving reduces power consumption for SMI sunblind installations by more than 140 kWh per year for every channel.